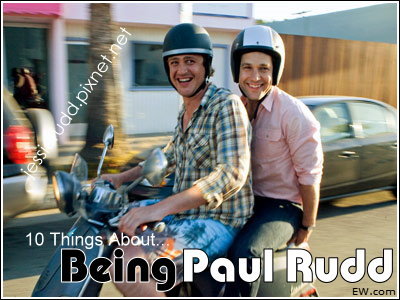 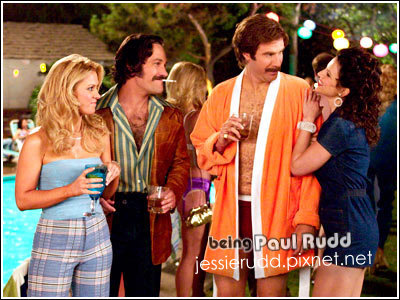 Anchorman: The Legend of Ron Burgundy
When we were doing Anchorman, Will Ferrell and Adam McKay, the director, would just go on these riffs. Just to amuse each other. Adam used to be the head writer on SNL, so they had a real partnership. Those guys were so smart and so cool. It reminded me of being in school with the cool kids, and there was a little bit of a hero-worship thing going on. Like, I'll never be that funny. They would get into these silly arguments about nothing. ''Hey, jerk!'' ''Hey, jerky!'' 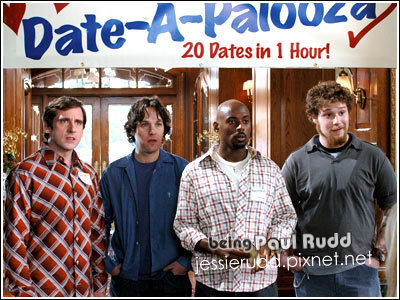 The 40 Year Old Virgin
I was a huge fan of Steve Carell's because I saw him on The Daily Show. The stuff that he and Stephen Colbert would do was just epic. When we started 40 Year-Old Virgin, he said, ''What I want to do is make this real. I don't want it to be broad. I don't want it to be like the guy in Bruce Almighty, that zany thing. I hope the studio knows that.'' With the chest-waxing scene, I remember thinking it was a great idea to really film it. And I remember thinking it would be really funny if he yelled out ''Kelly Clarkson.'' But did I know it would be as popular as it was in the film? No. 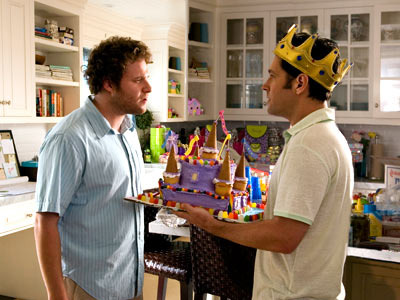 Knocked Up
Seth Rogen, who I did Knocked Up with, is actually really focused and really productive and pretty shrewd. He's not some dumb stoner. He's just so easygoing. He's the most unaffected person I think I've ever met. You have to be pretty sure of yourself to go through what he's gone through and remain unaffected. He's a dude you'd want to hang out with. 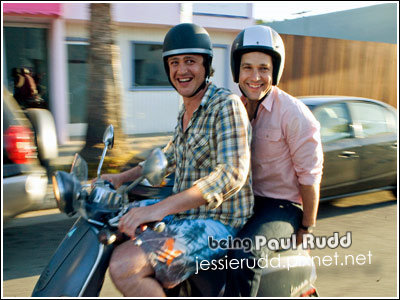 I Love You, Man!
I met Jason Segel on Knocked Up. I loved Freaks and Geeks. I owned the DVDs; I saw the show when it aired. Forgetting Sarah Marshall was when we really worked together. It's fun to play off each other. There's a scene in I Love You, Man where we go out for fish tacos that was so fun. It wasn't like memorizing lines and filming a scene. It was like we were hanging out and drinking beer with each other. The stuff that made it into the movie is short, but we spent hours talking. 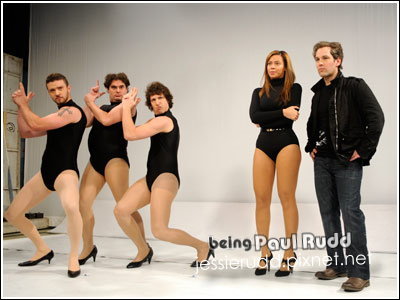 I always thought I'd be a really good gay guy. I love American Idol. I watch Antiques Roadshow like crazy. Guys like Oscar Wilde, Stephen Fry, Elton John — they're all very bright, with a razor-sharp wit. David Sedaris — who's funnier than David Sedaris? The Saturday Night Live that I hosted was such a gay-heavy show. But it didn't even cross my mind until after. The family that kept kissing each other — I didn't even think of that as being gay. 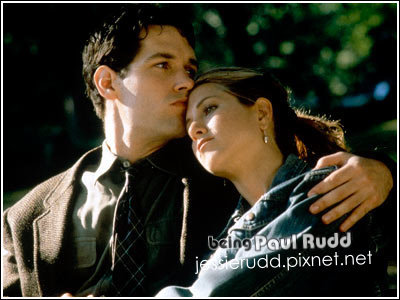 I remember doing interviews for The Object of My Affection, and people would say, ''What was it like to kiss a guy?'' Like it was such a shocking thing. I said, ''How many times does anyone ask, 'You had to shoot somebody. Was that weird?''' I love gay guys. I feel pretty gay. I'm certainly not the most macho guy in the room. 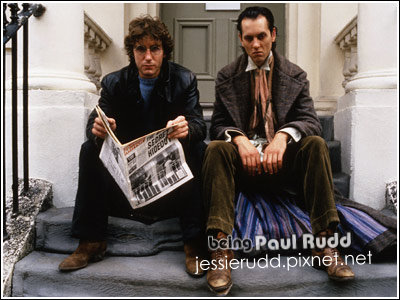 Withnail and I. It's set in London in 1969, and Richard E. Grant and Paul McGann play drunk actors whose careers are going nowhere. They live in squalor. And they need fresh air, so they go to the country to clean out. It's not a buddy comedy in the way that Lethal Weapon is, or 48 HRS., where the guys are oil and water. And that's what I love about it. It just kind of happens. What's so great is their dialogue and how funny they are. 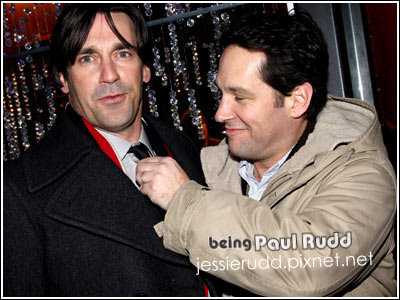 Jon Hamm is from St. Louis, I'm from Kansas City. My roommate in college, Preston Clarke, was from St. Louis. I'd stay with his family, and since Jon's mother died when he was young, the Clarkes kind of adopted Jon. I met Jon when he was in high school and I was a freshman in college. I've been friends with Jon for half of my life. It's crazy to see a really close friend just hit. It's really neat to see. We tend to play chess a lot. He's supercompetitive. And he's a comedy nerd. 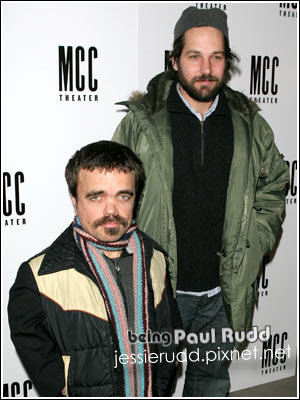 My big karaoke friends are Bobby Cannavale, [Role Models director] David Wain, Joe Lo Truglio [from I Love You, Man], Mather Zickel [the best man in Rachel Getting Married], and sometimes Peter Dinklage. We've all 'raoked together over the years. We rent rooms. It isn't like we're going to a bar. So it's like four guys sitting around singing. We'll often say, ''Tonight we're doing songs that we've never done before.'' We all want to impress the others with the song choices. A lot of it is lost '70s classics. It'll be great if somebody busts out a little ''Shannon'' by Henry Gross, or ''So Very Hard to Go'' by Tower of Power. I love ''The Worst That Could Happen'' by Johnny Maestro and the Brooklyn Bridge. We all love to sing, but none of us are singers. 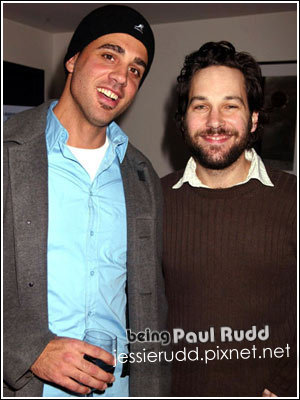 The poker group is [Joe] Lo Truglio, [Bobby] Cannavale, Dallas Roberts. Richard Kind will play cards a fair amount. We play in a bar, which is probably illegal. Over Super Bowl weekend there were 14 dudes at my house upstate. What a mess. It was a bunch of middle-aged dudes, ranging in age from 30 to 50. It was like, When is the last time a bunch of dudes got together for a weekend? I felt like I was in Love! Valour! Compassion! It was totally fun.