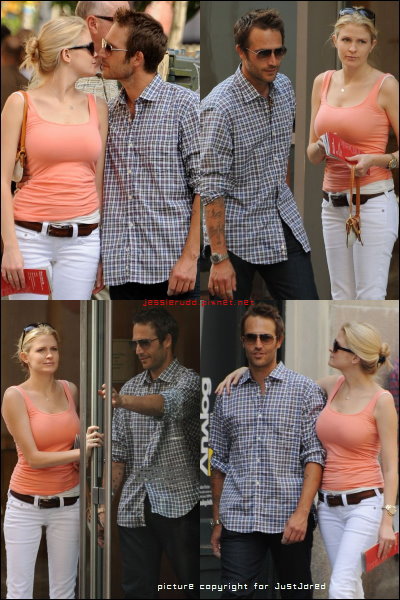 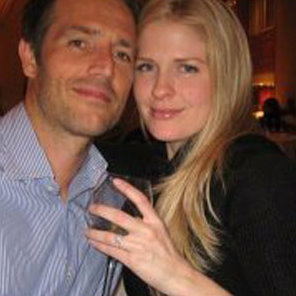 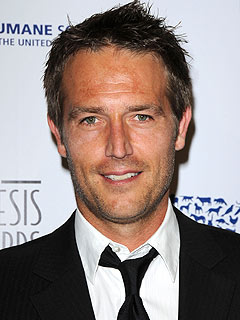 Michael Vartan of Alias Is Engaged!

Michael Vartan is a bachelor no more.

The 41-year-old former star of TV's Alias is engaged to Lauren Skaar, with a wedding planned for next year, his rep tells PEOPLE exclusively.

The couple, who met last year at a Whole Foods parking lot in L.A., got engaged two weeks ago in New York. This will be the first marriage for both.

Michael Vartan has confessed he met his fianceé, Lauren Skaar, in the produce section of a supermarket.

“I saw her and I was quite stunned,” the 41-year-old Alias star told Access Hollywood.

“I thought to myself, ‘I’ve gotta find a way – I’ve got to jockey position in this checkout line or something.’”

Before approaching Skaar, Vartan said: “I was like a blubbering idiot … I didn’t really know what to do.”

After giving Skaar his email address, the couple struck up an online relationship, emailing and texting one another.

The 41-year-old former Alias star proposed to Lauren, 29, two weeks ago in New York. The couple met last year in the parking lot of a Whole Foods supermarket in Los Angeles.

Michael dated his Alias co-star Jennifer Garner in 2003 before she wound up marrying Ben Affleck.

Lauren is a 2006 graduate of U.C. Santa Barbara, where she earned a B.A. in psychology. She currently works in real estate.

Congrats to the happy couple! 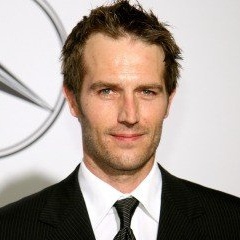 Another one bites the dust! French cutie Michael Vartan has just become engaged!

A representative for the star of the TNT medical drama Hawthorne is engaged to Lauren Skaar, with a wedding planned for next year, told PEOPLE exclusively.

The best part of the story though is how Michael and Lauren first met. The couple bumped into each other in the parking lot of a Whole Foods Market in Los Angeles.

Yes ladies and gents, you could meet your favorite celebrity and end up marrying them apparently!

This will be the first walk down the aisle for both the forty one year old and his bride to be.

Actor Michael Vartan is engaged to marry the girl he met in a Los Angeles car park. The 41-year-old "Monster-in-Law" star, who previously dated actress Jennifer Garner, proposed to Lauren Skaar in early March, according to People.

The couple, who met in 2009, plans to wed in 2011. Vartan was previously engaged to Shannon Gleason.

Professionally, Michael Vartan debuted his acting career when he was 20 years old in documentary film called "Black Leather Jacket". The actor, who was born in France, has noticeable supporting roles in Hollywood movies such as "Never Been Kissed", "One Our Photo" and "Monster-in-Law". He made his most notable role when he portrays Michael Vaughn in TV series "Alias", starring opposite Jennifer Garner, Victor Garber, Ron Rifkin and Bradley Cooper.

The love affair started in a grocery store parking lot. Now it is heading up the aisle.

Michael Vartan, the former star of television's 'Alias,' confirmed he is engaged to Lauren Skaar, according to People.com. The 41-year-old Vartan popped the question in New York about two weeks ago. A wedding, the first for both, is planned for 2011.

Vartan starred as studly Michael Vaughn on the popular series 'Alias' alongside Jennifer Garner. The two dated privately in 2003 and broke up on 2004.