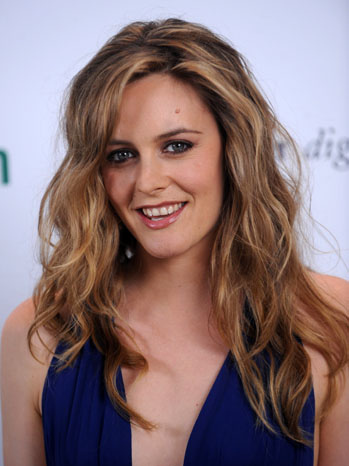 
Alicia Silverstone is to star in new comedy 'Gods Behaving Badly', a film about a mortal couple who meet the Greek gods in modern-day New York.

The actress - who became a mother for the first time two months ago - has signed up for the Marc Turtletaub-directed movie, about a mortal couple who meet the Greek gods in modern-day New York.

Ebon Moss-Bachrach will play Alicia's on-screen husband while Christopher Walker will take on the role of Zeus with John Turturro playing Hades.

The movie is based on the novel by Marie Phillips, which has been adapted for the screen by Josh Goldfaden and Turtletaub.

It will be Alicia's first film since giving birth to son Bear Blu and she recently spoke about getting back to work.

She said: "I'm starting a film later this summer with a great cast. It will be announced very soon."