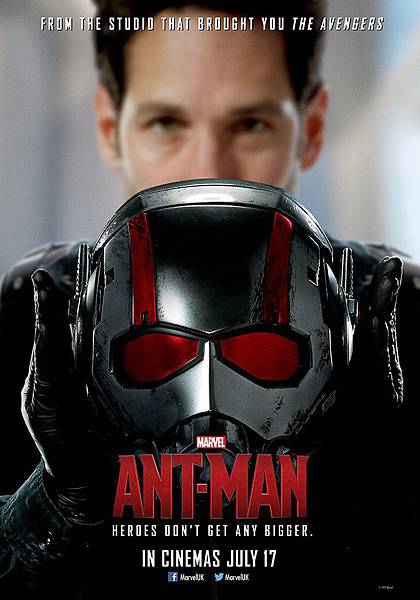 Why Ant-Man Is Marvel's Most Relatable Superhero, According To Paul Rudd

While Marvel has artfully crafted some of cinema’s most beloved and memorable characters, their fantastic lives don’t exactly render them relatable to the average person. However, according to Ant-Man star Paul Rudd, the film, despite its size-shaping premise, showcases the most unassuming super-powered protagonist in the entire Marvel continuity.

He has no superhero background, he wasn’t born with any kind of ability, but what he’s going through, and what the story is really dealing with, are things that every single one of us have to deal with. We all have parents, some of us have children, but we all want to try and live as best we can and make the best choices we can in our lives.

The relatability of Scott Lang, a.k.a. Ant-Man, became a unifying theme in IGN’s further sit-downs, as it is reiterated by director, Peyton Reed, and stars Michael Douglas and Evangeline Lilly. It might just reflect the narrative that best distinguishes Ant-Man amongst the existing array explosively dynamic heroes in the Marvel Cinematic Universe. Scott Lang is clearly not a billionaire genius playboy like Iron Man, a juiced-up unfrozen hunky patriot like Captain America, a groundbreaking biological scientist who gave himself brutish powers like The Hulk, nor even a clandestinely-recruited secret agent specializing in dispatching global threats like Black Widow or Hawkeye.

Yet, the idea of having prominent superheroes with no intrinsic superpowers, far removed from the more sublime elements of the MCU, is certainly not a new concept. In fact, director, Peyton Reed drops a bit of a Marvel buzz word when he describes Scott Lang as a "street level" character. As habitual followers of the news cycle know, that term is used by Marvel to differentiate the characters that will fill the television front of the continuity, kicked off earlier this year by Netflix’s Daredevil. However, the circumstances of this "street level" hero will be elevated to the main roster as he is destined to join The Avengers team as a member in good standing in future films.

As we will see, Lang is just an average guy who’s made bad life choices that left him imprisoned and penniless, and who, by happenstance, is afforded an incredible opportunity at redemption. Likewise, his motivations, unlike his future Avengers cohorts, are not at all nuanced and complex. He only wishes to reconnect with his estranged family and provide a better life for his young daughter. In fact, the idea of families attempting to reconcile is an inherently accessible theme that we’ll see not only in Lang’s rocky family dynamic, but also with hero-tech inventor, Dr. Hank Pym (Douglas), who attempts to improve the strained relationship with his daughter, Hope Van Dyne (Lilly).

With all of those necessarily conventional elements in play, the chances for the success of Ant-Man become quite auspicious as it showcases themes that can be grasped by just about any demographic, regardless of a moviegoer’s interest in comic books or the film genre. Already tracking well, Ant-Man looks to fill theaters across the country with colonies of moviegoers when it hits on July 17.