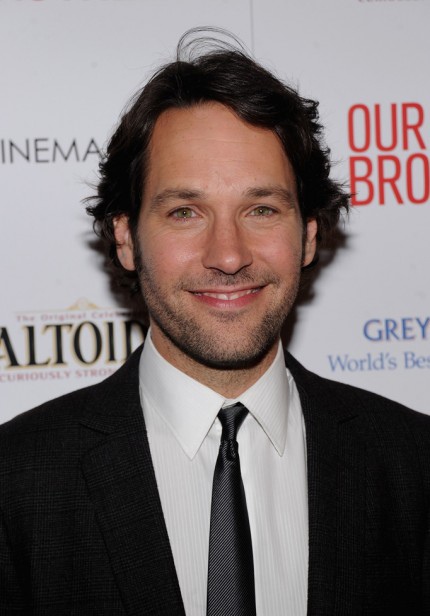 Paul Rudd has revealed that he is frequently encouraged to gain weight when working with director Judd Apatow.

The pair have collaborated on several films, including the upcoming Knocked Up spinoff This is Forty.

Rudd explained that Apatow finds him funniest when he packs on a few extra pounds.

"It's the opposite of what the studios normally want or what other directors want. But it's different with Judd. He always says, every time we work together, that he wants me to gain weight. He says, 'I like a fat Rudd'," the actor joked to Playboy.

He continued: "There's a line in The 40-Year-Old Virgin when my character tells Steve Carell what it's like to have your heart broken and how you're constantly gaining and losing weight.

"I improvised that line because, before we started shooting the movie, I took Judd's request to put on weight maybe a little too far. And the studio said, 'You're a fat ass. Lose some weight'."

Rudd previously claimed that he loved reprising his Knocked Up character Pete for This is Forty.