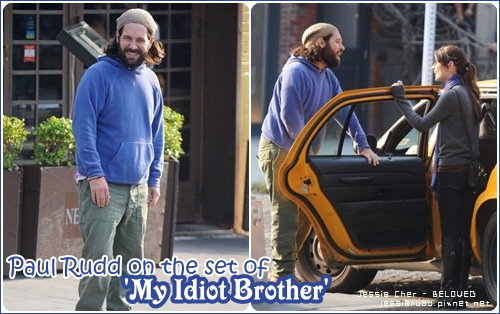 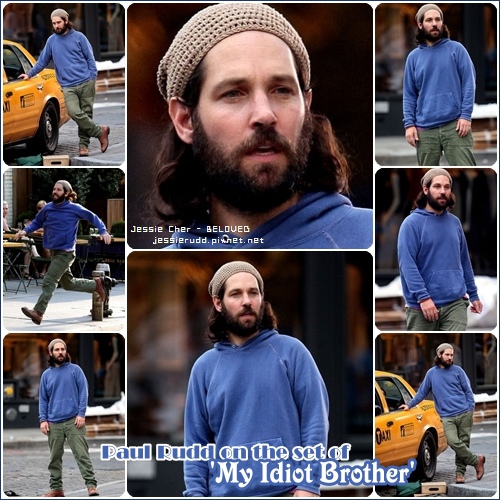 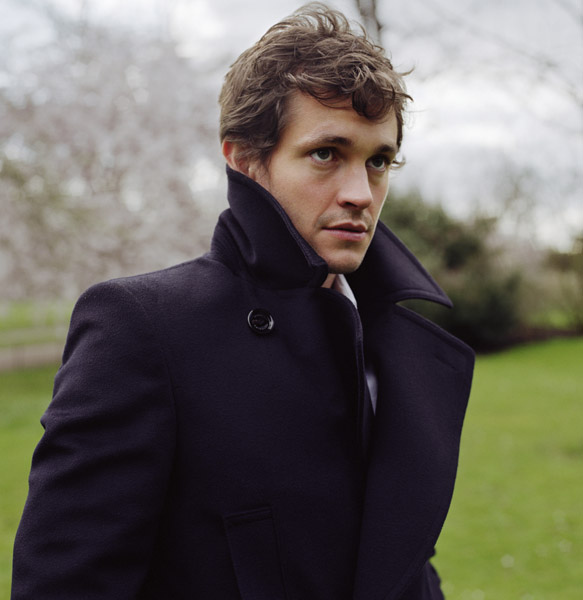 Paul Rudd’s “Idiot Brother” is getting some company.

Hugh Dancy (“Confessions of a Shopaholic,” “Adam”), Kathryn Hahn (“Revolutionary Road,” “Step Brothers”), Academy Award-nominated actress Shirley Knight, and Janet Montgomery (“Black Swan”) have joined the cast of the Jesse Peretz directed, “My Idiot Brother,” a comedy about family and the sacrifices it takes to deal with them.

Ned (Rudd) is an idealist. His three sisters (Banks, Deschanel and Mortimer) are ambitious. Ned crashes at each of their homes, in succession, and brings truth, happiness and a sunny disposition into their lives. In other words, he wreaks havoc.

Adding to this cast of characters, Dancy will portray Christian, a pretentious painter friend of Natalie’s (Deschanel) who tries to help Ned grow as a person by showing him another path; Hahn will play Janet, Ned’s (Rudd) ex-girlfriend who, out of spite, is keeping him from reuniting with his beloved dog Willie Nelson; Knight will portray Ilene, Ned’s overbearing and over-nurturing mother, who would be overjoyed if her son moved back home and; Montgomery will portray Arabella, a controversial British aristocrat that Miranda (Banks) is profiling for her magazine, a piece that could provide Miranda with the big break she has looking for.

“The response to Jesse’s vision for the film and the disastrously funny script by Evegenia and David has been amazing, and we could not be more thrilled with the amazing actors that will bring these characters to life,” said “Idiot” producer Peter Saraf.

A string of hot actresses — Elizabeth Banks, Zooey Deschanel, Emily Mortimer and Rashida Jones – are playing opposite Paul Rudd in the upcoming comedy “My Idiot Brother.”

Film, which is expected to roll before the cameras next month in New York, is being directed by Jesse Peretz and produced by Anthony Bregman’s Likely Story and Big Beach’s Peter Saraf and Marc Turtletaub.

According to The Hollywood Reporter, the logline for “Brother” reads:

An idealist (Rudd) dealing with his over-bearing mother, crashes at his three ambitious sisters’ homes to bring truth, happiness and a sunny disposition into their lives while wreaking havoc.

Banks, Deschanel and Mortimer will play the sisters. Bank is a single gal whose journalism career is about to take off; Deschanel portrays a flaky bisexual while Mortimer plays a Type A mother who is unaware that her marriage is crumbling. Jones will play the responsible girlfriend.


Paul Rudd Joined By Elizabeth Banks, Zooey Deschanel In 'My Idiot Brother'
Rashida Jones and Emily Mortimer also join cast of comedy about a mama's boy and his sisters.

One of Paul Rudd's next roles may be an "Idiot Brother," but he sure has some beautiful sisters. Elizabeth Banks, Zooey Deschanel, Emily Mortimer and Rashida Jones will join the actor in the upcoming comedy "My Idiot Brother," about a grown mama's boy (Rudd) who visits each of his three successful sisters, bringing with him happiness and disaster in equal measures.

The Hollywood Reporter revealed that Banks, Deschanel and Mortimer will play the three sisters. Banks is a single, career-minded journalist who is about to make it big; Deschanel is a bisexual woman who is having a hard time committing to her lovely girlfriend (Jones); and Mortimer is a Brooklyn mother who cares more about maintaining the illusion of a happy family than actually being happy.

"My Idiot Brother" will be directed by Jesse Peretz with a script written by Evgenia Peretz and David Schisgall. Jesse Peretz is probably known best for directing the Zach Braff/ Amanda Peet 2006 relationship comedy "The Ex." He also directed Rudd in 2001's "The Chateau."

Banks recently completed a multi-episode run on "30 Rock" that she will likely reprise next season. Deschanel, who is touring on She & Him's new album, will next be seen in the 2011 David Gordon Green-directed Middle Ages stoner comedy "Your Highness." Mortimer was most recently seen in Martin Scorsese's "Shutter Island," which hit DVD/Blu-ray this week. And Jones, who stars in NBC's "Parks and Recreation," also has a starring role in the upcoming David Fincher-directed Facebook pic, "The Social Network."

Rudd's upcoming movie with Steve Carell, "Dinner for Schmucks," is out on July 23. "My Idiot Brother" is currently targeted for a 2011 release.

Paul Rudd may be your idiot brother, but he has some hot ass sisters: Elizabeth Banks, Zooey Deschanel, and Emily Mortimer.

That's not the only draw to the upcoming comedy, MY IDIOT BROTHER. You've got Rashida Jones playing the girlfriend of Deschanel, Steven Coogan, and Jesse Peretz directing. Peretz is the former bass player for The Lemonheads and helmed awesome videos for Foo Fighters, The Breeders, and Nada Surf. He's also directed a couple of features: THE EX and THE CHATEAU (also starring Rudd).

There's so much win here.

Kino Gallery uploaded some photos from the set of Rudd, Deschanel, Hugh Dancy, and Janet Montgomery. Rudd looks rather grizzled, but that Montgomery chick is pretty sexy, I must say. In the film, Rudd's character moves out of his parents house and travels between the homes of his three sisters--each of them quite different from the other.