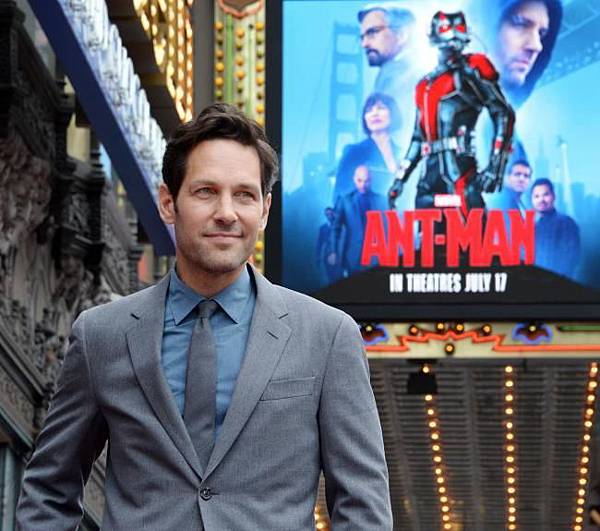 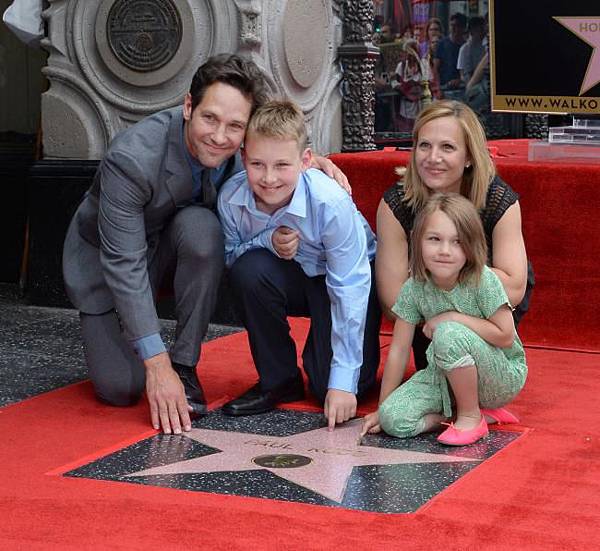 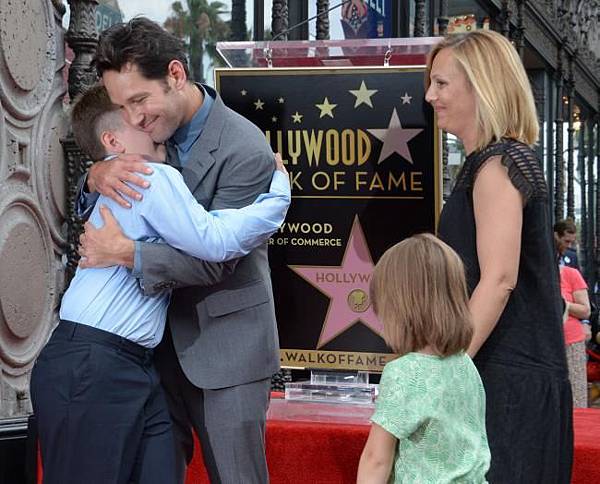 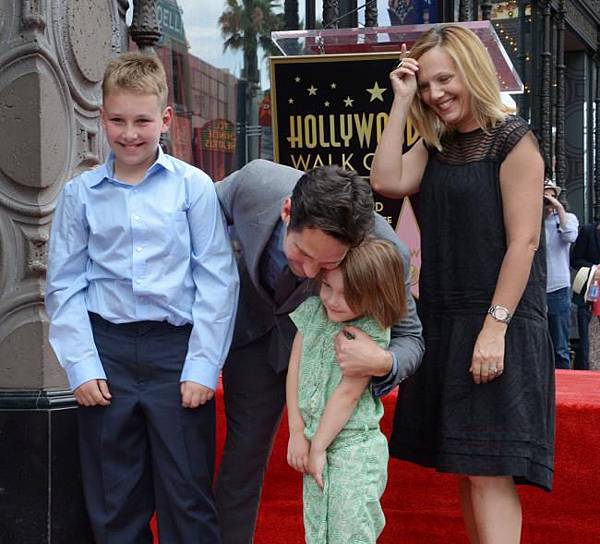 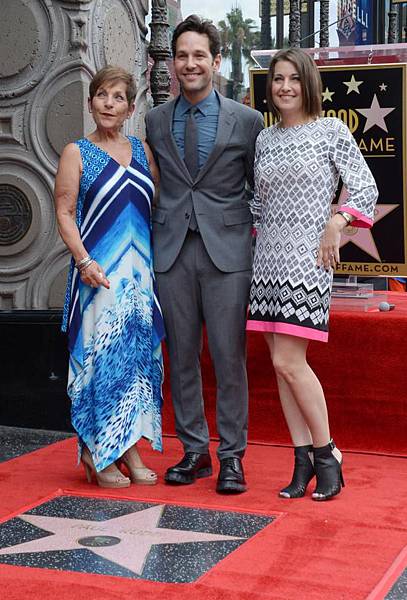 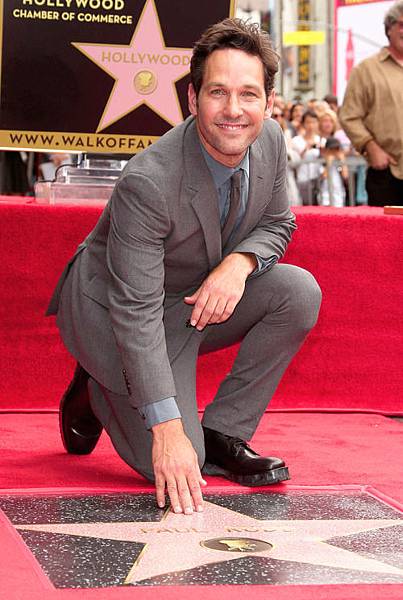 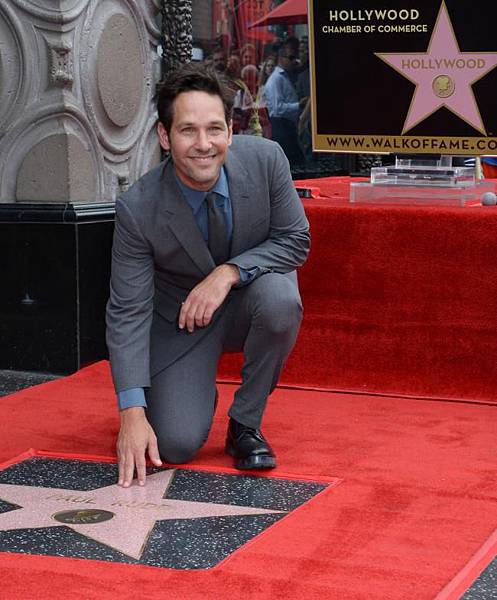 On Wednesday, Marvel's "Ant-Man" Paul Rudd was honored with a star on the Hollywood Walk of Fame.

"I remember being a kid and walking this boulevard and reading the names and thinking about what so many other millions of people thought about, which is, 'Who's that?'" Rudd said (via ABC). "The fact that millions of people are going to be able to now see me and ask that same question ... is humbling beyond belief."

Rudd's wife Julie and their children, son Jack, 9, and daughter Darby, 5, joined him at the event, which took place in front of the El Capitan Theatre. Ant-Man co-star Michael Douglas and his friend, actor Adam Scott, served as guest speakers for the ceremony

Armed with the astonishing ability to shrink in scale but increase in strength, con-man Scott Lang must embrace his inner-hero and help his mentor, Dr. Hank Pym, protect the secret behind his spectacular Ant-Man suit from a new generation of towering threats. Against seemingly insurmountable obstacles, Pym and Lang must plan and pull off a heist that will save the world.


Paul Rudd Farting Through This Interview Is Just Wonderful—Plus, He Gets a Star on the Hollywood Walk of Fame!

Paul Rudd, you're our favorite.

As if we needed any other reason to fall in love with the adorable actor, Rudd showed us why he's the greatest by farting throughout an entire interview. Yes, seriously. He couldn't stop tooting. Well, maybe.

While speaking with Clevver Movies about his highly anticipated film Ant-Man, the hunky star kept letting it rip. And initially, you couldn't believe what was happening and wondered whether or not it really was his booty or just the actor making funny noises with the chair, which is what he blamed the noise on.

But it's not necessarily outlandish to think that Rudd would seriously pass gas for two minutes straight (although let's hope he doesn't eat whatever he ate for lunch again!). He just kept making farting noises and funny faces and the poor interviewer could barely get a word in.

It was incredible and absolutely hilarious.

With such a memorable performance to add to his growing list, it comes as no surprise that Rudd was honored with a star on the Hollywood Walk of Fame today!

"I remember being a kid and walking this boulevard and reading the names and thinking about what so many other millions of people thought about, which is, 'Who's that?'" Rudd said during the ceremony.

"The fact that millions of people are going to be able to now see me and ask that same question...is humbling beyond belief."

The celeb's Ant-Man co-star, Michael Douglas, and Adam Scott, who starred in the Starz comedy, Party Down, that Rudd created, spoke at the ceremony.

Rudd, who first entered many hearts as Alicia Silverstone's older brother in Clueless, is best known for his Judd Apatow films like Anchorman,The 40-Year-Old Virgin, Knocked Up, and This Is 40. His other films include I Love You, Man, Wet Hot American Summer, Dinner for Schmucks, The Perks of Being a Wallflower, Our Idiot Brother and Role Models.

Thanks to his role in Ant Man, Paul Rudd has just become the newest Walk of Fame star, which is a major honor for Marvel's tiniest superhero. Marvel fans are waiting excitedly for the film's release on July 17.

As Rudd walked up to the iconic Hollywood Walk of Fame on July 1, 2015, he reported to the crowd.

"I remember being a kid and walking this boulevard and reading the names and thinking about what so many other millions of people thought about, which is, you know, who's that?" the actor said. The fact that millions of people are going to be able to now see me and ask that same question, for time immemorial, is humbling beyond belief."

Rudd, 46, is the 2554th star to join the mile-long strip of plaques commemorating iconic actors, actresses, producers, and directors. His star, like all the others, is made of terrazzo and brass and is embedded with his name. The line-up of stars commemorates 15 blocks on Hollywood Boulevard and three blocks of Vine Street.

For those who don't know, getting a star on the famous memorial is more complex than you might think. In order to get a star on the Walk of Fame, an actor must apply, raise $30,000 for the sponsorship fee, and promise to be in attendance. Those three things are easy for most stars, but the hard part comes in when you're required to impress the selection committee.

The selection committee is made up of six members who meet together every June in order to determine the new Walk of Fame star based on their application and their achievements. Most of the time, the committee only agrees to award someone the star if they have some outstanding past performances.

The fact that Rudd, who also starred in This Is 40 and They Came Together, has managed to score himself a star plaque shortly before the release of his newest film, Ant-Man, makes fans very excited to see what the fuss is all about. If Paul Rudd's performance in the film is good enough to get him onto the Walk of Fame, that's something that people aren't going to want to miss.

The film is promising to be both action-packed and comedic, just like every other Marvel wonder that has emerged in the last few years. It stars Evangeline Lilly (LOST, The Hobbit parts 2 and 3) and Michael Douglas, who works with Rudd's character to turn him into the world's tiniest weapon.

The film is set for release on Friday June 17, and once it comes out, we'll see if Paul Rudd's acting is good enough to make him the new Walk of Fame star.


Paul Rudd gets a star on the Hollywood Walk of Fame 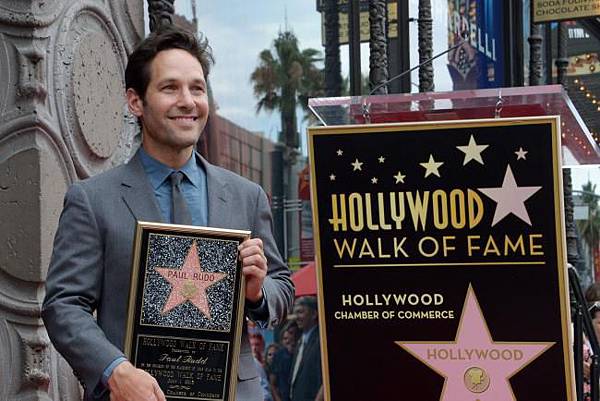 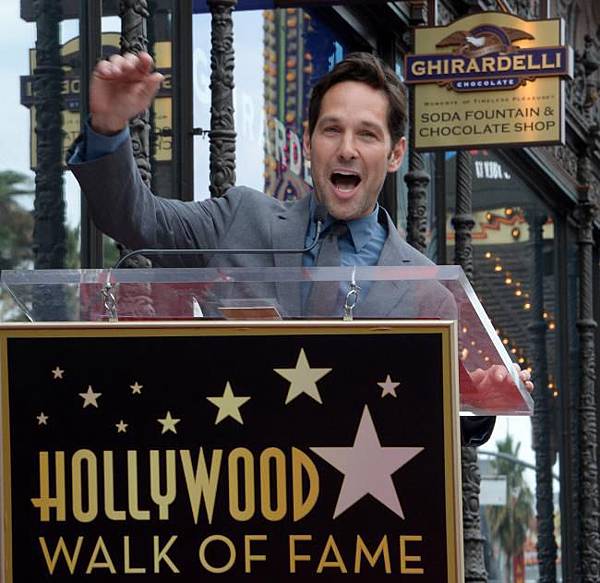 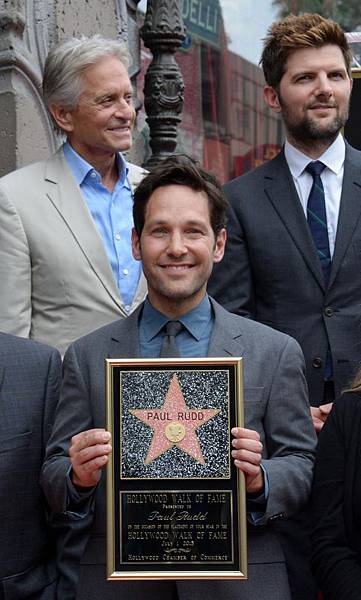 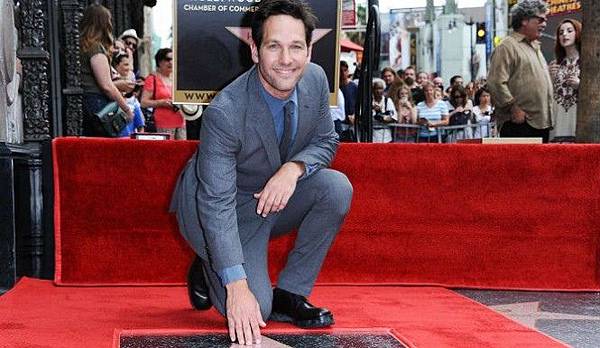 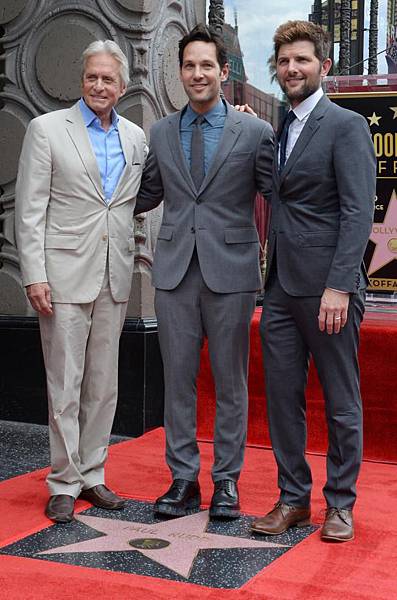 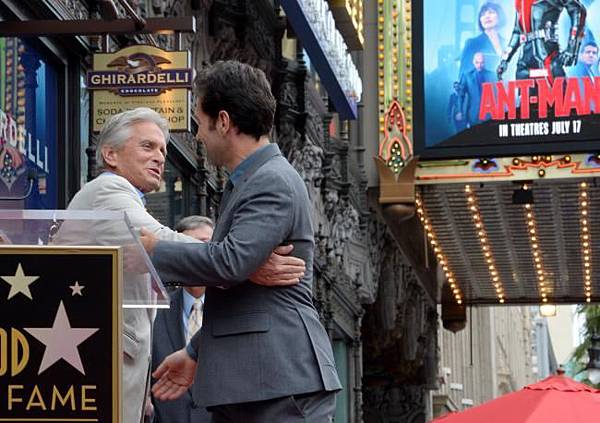 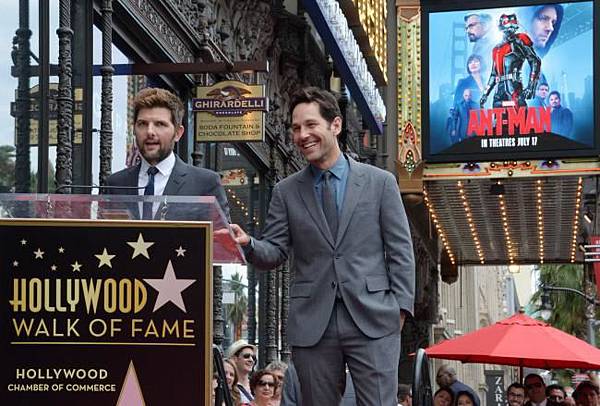